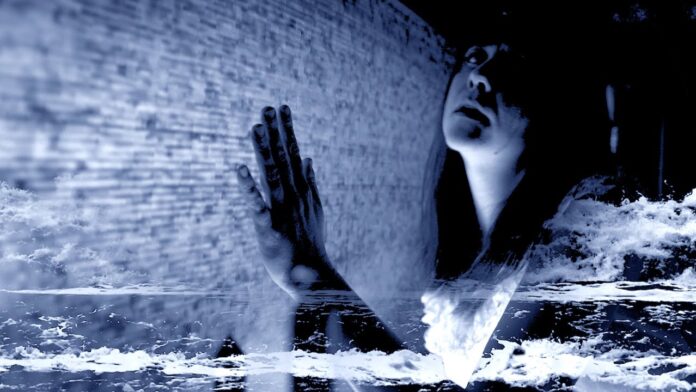 After performing in Florida and Mexico, Violent Vickie returns with “LOVELACE” (Kontravoid Remix) , a sad, powerful darkwave remix of her original track.

“LOVELACE” (Kontravoid Remix)  is the third track off of Violent Vickie’s Division Remixes LP which will be out in April 2022.

Violent Vickie is a Los Angeles based Dark Synth-Riot artist consisting of Vickie and co-producer/recording guitarist E.  Vickie has toured with Hanin Elias of Atari Teenage Riot and has shared the stage with Trans X, The Missing Persons,  Jessie Evans (The Vanishing), Them Are Us Too, Pastel Ghost and Aimon.  She has toured the US, Mexico, Canada & Europe and played Insted Fest, Solidarity Fest, Shoutback Fest & Gay Prides and Ladyfests.

Vickie’s tracks have been released by Crunch Pod, Emerald & Doreen Recordings (Berlin), Riot Grrrl Berlin, & LoveCraft Bar (PDX).  Her track “The Wolf“ was featured in a National Organization for Women film and she was interviewed for the documentary “GRRRL”, part of the museum exhibit “Alien She”.

Her LP “Monster Alley” was voted best album by KALX and her tracks have been remixed by 25+ artists.  Violent Vickie’s Division LP was released in September 2020,  followed by a remix album of “Under The Gun” in February 2021 and a cover of Johnny Cash’s Ring of Fire in July 2021.

Violent Vickie’s “Division” Remixes LP will be out in March 2022.