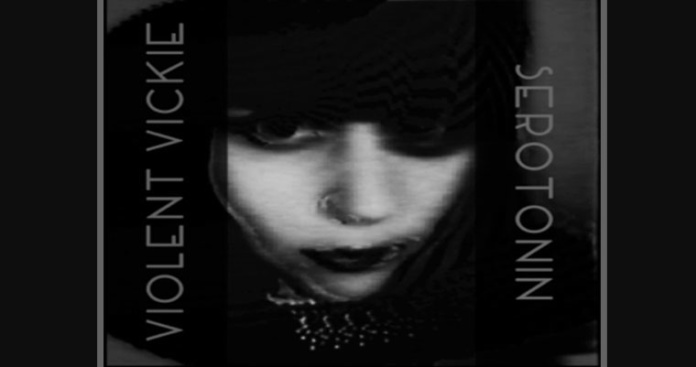 After touring with Hanin Elias of Atari Teenage Riot and supporting Trans X, Them Are Us Too, & The Missing Persons, Violent Vickie is back with an explosive new track “Serotonin”, the first single off her sophomore LP “Division”.

In “Serotonin” Vickie croons and wails over noisy beats, cryptic synth lines, & droning guitars, toying with her demons and ultimately, willfully releasing them.

Co-produced by E, this track could very well be a call or end to some kind of psychic war.

Violent Vickie is a rebellious pit of energy that has the ability to make you feel dirty and gritty, but in a naughty-feel-good way.  Inspired by riot grrrl, electro & industrial music, Vickie programs beats, plays synth and sings, screams & talk-raps with a backdrop of hyper color visuals.

Vickie has toured The West Coast and Europe to support her album “Monster Alley”, voted best album by KALX.  She has collaborated with a variety of instrumentalists and a performance artist for live shows including Cat Scratch, Tyler Holmes, Eriq & Tihani, & Johanna Buccola and is currently putting the finishing touches on her upcoming LP “Division”.