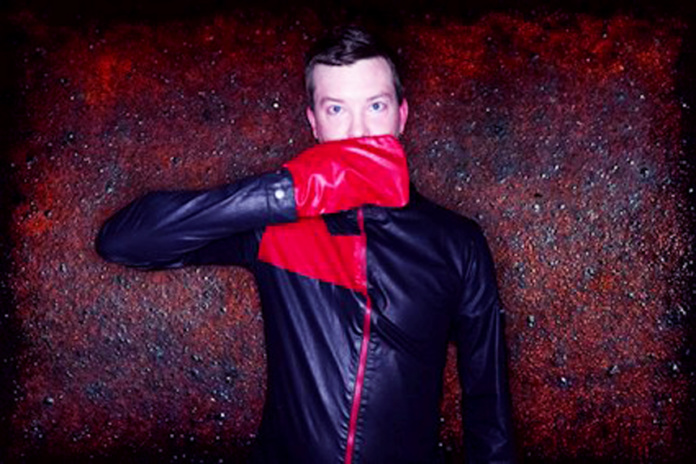 “The perfect synthpop storm… one of the catchiest tracks of the year, voiced by a man who set the standard for American synthpop in InSoc’s Kurt Harland Larson” – Echosynthetic

“I first heard Freezepop in the early ‘00’s, and immediately told my wife, who worked at a record store, about them. Shortly thereafter she got them to come out to San Francisco for a in-store appearance, which was, I think, their first San Francisco trip. I loved Kasson’s work with Freezepop over those years, and when he started Elyxr, I jumped at the chance to make music together for the first time,” explains Kurt Harland Larson.

“The lyrics for SSP were inspired by the words of a friend. I read what she wrote and spun them up into lyrics. I hope that anyone who hears the song can hear the duality in the lyrics: While clearly striking a proud and defiant tone, there is also a note of tragedy in the voice; anyone who must walk this sort of path must endure rather a lot of social suffering.”

While some of ELXYR past work has been dreamy and introspective, ‘Strange Stubborn Proud’ is more an in-your-face mix of classic synthpop and electro. This track is upbeat and energetic, featuring modern synthesizer sounds intermingled with detuned vintage synths over complex and syncopated drum machines. The unique nature of each song’s vocalist takes each composition in a different aesthetic direction.

“Information Society is one of my most influential bands and helped inspire me to begin making synthpop in the 80’s. In fact, InSoc was the very first band I ever went to see as a teenager,” says Kasson Crooker.

“I’ve known Kurt from InSoc now for many years as he and I both do music/audio production for videogames. We just needed to find the right song to work on together. I gave him some song options to choose from and was psyched that he found one that channeled a bit of the early InSoc “Running” sound.  I love the fact that, through the lyrics, he unapologetically states his motives and how he operates outside of society’s norms and conventions!”

Forfeiting the standard route of releasing albums and EPs, ELXYR are shaking up that model by releasing each single as it is completed. ELYXR has issued a string of six electrifying singles in the past six months, featuring Color Theory, Elissa LeCoque from enigmatic Brooklyn act Kodacrome, Katrina Kope from Seattle-band Purr Gato, Naoko Takamoto of Princess Problems, and long-time collaborator Melissa R. Kaplan from Kasson’s previous band Splashdown.

‘Strange Stubborn Proud’ will be released on March 9 on all notable online stores and streaming platforms, as well as on ELYXR’s Bandcamp.