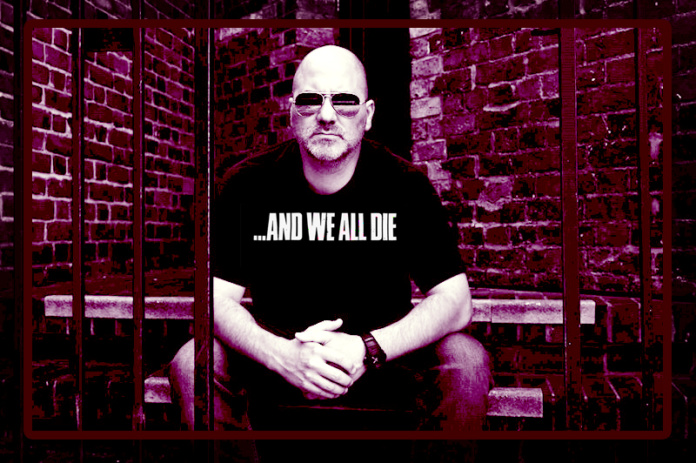 …And We All Die is a collective of musicians organized by Raymond Burton Estes. Based in San Antonio, Texas and formed in 2000 as a conduit for collaborating with a diverse group of friends and artists, the original idea was to fuse heavy music in the vein of the UK82 punk rock, hardcore, and industrial bands such as The Exploited, Integrity and Ministry with darker melodic post-punk music by the likes of The Cure, Joy Division and Sisters of Mercy. …And We All Die was also influenced by New Model Army and 108.

“This song is about any bogeyman or villain that we and society make up. Today, particularly, in Western societies significant portions of the populations have mistrust in public institutions and private corporations, so Modern Day Privateers may appeal to that sentiment. But really, this is not a protest song, it’s a song about bad guys doing bad things and the sense they’re untouchable and not going to stop,” says Raymond Burton Estes.

“We chose to celebrate this song with remixes by some of our favorite artists as it appeals to audiences across genres and means different things to each listener. Selfishly, we wanted a diverse set of remixers to interpret the song in their styles, as it inspires us to examine our sound and explore new approaches to song writing. As fans of electronic music and synthwave, in particular, this remix by Gost exemplifies the shared intensity and similarities between our post-punk and Gost’s synthwave sounds.”