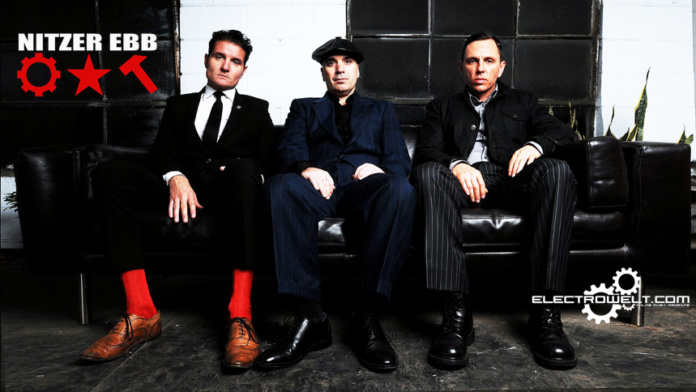 NITZER EBB ARE BACK!

The legendary British EBM band are returning after a long break of 8 years!

The band will be performing together with their original members David Gooday & Simon Granger.

The first announced show is the Amphi Festival 2019 in Cologne / Germany!

We are currently working on shows in various markets which we will announce as things shape up.

Alongside with the return of the band a Box set with their work from 1982-2010 will be released by Pylon Records on October 5th, 2018!

Their debut album That Total Age was released in 1987.

Depeche Mode, longtime friends and label mates of the band, invited them to open for the European leg of their hugely successful Music For The Masses Tour in 1987.

David Gooday left after the tour and they completed their next album Belief (1989) as a duo. Mark ‘Flood’ Ellis became their new producer. They recruited Julian Beeston to assist them their own world tour and he soon became a regular contributor both on and off stage.

In 1989, they teamed up with German EBM pioneers Die Krupps to rerecord their 1981 single, “Wahre Arbeit – Wahrer Lohn” as “The Machineries Of Joy”.

The third Nitzer Ebb album Showtime, released in 1990, revealed a less confrontational sound. The single “Fun To Be Had” (1990) featured a remix by George Clinton and was a hit on the US dance chart.

Their fourth album, Ebbhead (1991), showcased a more considered, orchestrated songwriting style, produced by Alan Wilder from Depeche Mode and Flood. They promote the album with a global tour that took them from the southern US to northern Siberia.

Big Hit was the final release by the band for almost 15 years. McCarthy was a regular collaborator with Alan Wilder’s Recoil project and records with French electronic producer Terence Fixmer as Fixmer/McCarthy.

Bon Harris relocated to Los Angeles where he became a successful producer and recorded as 13mg and as a member of Maven. 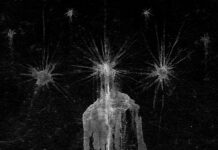 Julia Gaeta – Weight of You