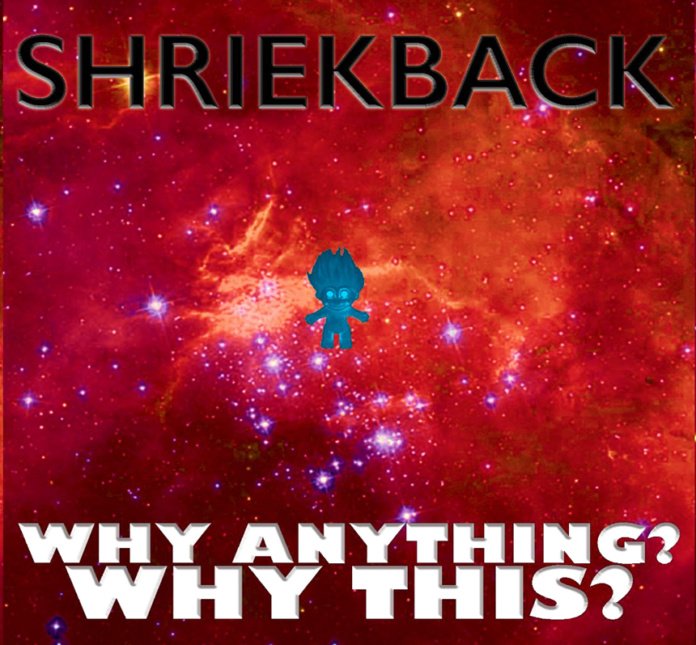 Shriekback was formed in 1980 by ex-XTC keyboardist Barry Andrews and bassist Dave Allen on his departure from Gang Of Four, in collaboration with guitarist Carl Marsh from Out On Blue Six.

Under the auspices of the visionary Y Records label (home to The Slits, The Pop Group and Pigbag), the group found their voice experimenting in EMI Music’s KPM demo studio in London, refining a uniquely recognizable sound in 1982 on their first full-length album ‘Care’ and eventually achieving wider recognition with the singles ‘Lined Up’ and ‘My Spine (Is The Bassline)’.

In 1983, they were joined by drummer Martyn Barker (King Swamp, Billy Bragg). 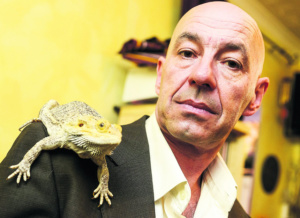 A move to a major label, Arista, allowed the band to fully realize their sound on ‘Oil & Gold’(1985), a milestone album that remains the band’s best-known (helped by the success of the single ‘Nemesis’) and the foundation of their popularity on the US college circuit and elsewhere.

‘And The Rain’ is dark and infectious, conjuring up steamy, swampy, Southern Gothic blues.This 14th studio album, which boasts a wide, organic and detailed sound, is already being described by early listeners as their best since the landmark album ‘Oil & Gold’. The sound is dense, woody and fibrous. Here we find evolved Bo Diddley beats and African blues”. However you describe it, this is Shriekback refocused, reinvented and reinvigorated.

Band members have also pushed themselves musically and sonically – Barry contributes a lot of guitar, Carl has essayed some slide guitar and keyboards and Martyn has brought in a whole arsenal of world percussion alongside his drumkit. Regular Shriekback listeners will hear more guitars and live drums and fewer loops and electronics. The sonic palette is very broad.

Written, performed and produced almost exclusively by the core trio, this is very much a ‘band’ album, crafted over time with the three core members working in their own studios, as well as in group sessions at Yellow Fish and Echo Zoo studios to capture live drums. But the writing and production on this release has been much more collaborative, with Martyn, in particular, having more input than previously.

New collaborator Scott Firth (of P.i.L) adds irrefutable bass to selected tracks, while Shriekback regulars Wendy and Sarah Partridge contribute their ever-invaluable backing vocals. Live drums were recorded by Ian Caple (who’s been with Shriekback since the beginning) at Yellow Fish in Lewes and Christoph Skirl at Echo Zoo in Eastbourne. The album was mixed and mastered by Stuart Rowe in The Lighterthief Bunker, Swindon – his fifth Shriekback album in this role, an indication of the value placed on his objective ear and technical skill.

‘Why Anything? Why This?’ will be released on May 25. While fans should keep an eye out for the album via digital stores and streaming platforms, the album is already available for pre-order from the band directly at https://shriekback.com/store