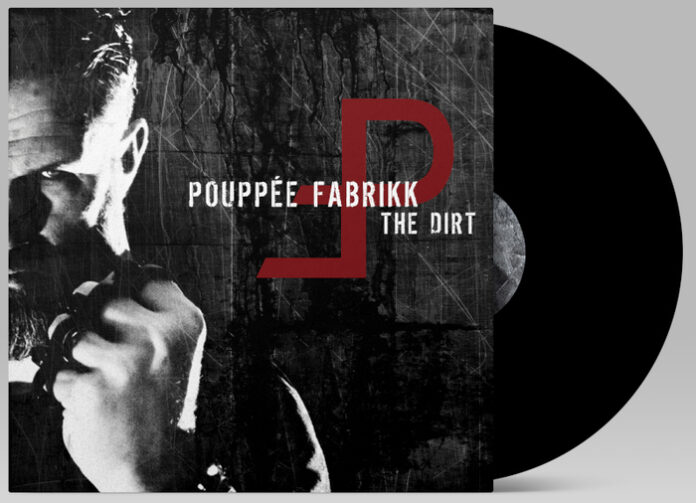 In celebration of Alfa Matrix’s 20th anniversary, POUPPEE FABRIKK offer us an exclusive vinyl version of their come-back album “The Dirt” that marked the start of the fruitful collaboration between the Swedish giants and the Belgian label and initiated the band’s radical return to their early sonic roots…

With “The Dirt”, POUPPEE FABRIKK brought us back to the good old days of EKM, with the attributes that made the band famous in the late 80’s: uncompromising growling vocals, impulsive repetitive bass lines, and solid hard beats.
Many songs on this album were in fact initially written between 1988-1990 and then left to slowly wither away on old four track tapes before getting re-recorded. Offering these dirty and gritty tunes a vinyl format release is only doing them justice!  All songs were remastered to better fit this format.

Strictly limited to 300 units worldwide, this vinyl is bound to rapidly become a collector’s item when we see how fast the band’s last two releases instantly sold out!
Available format: