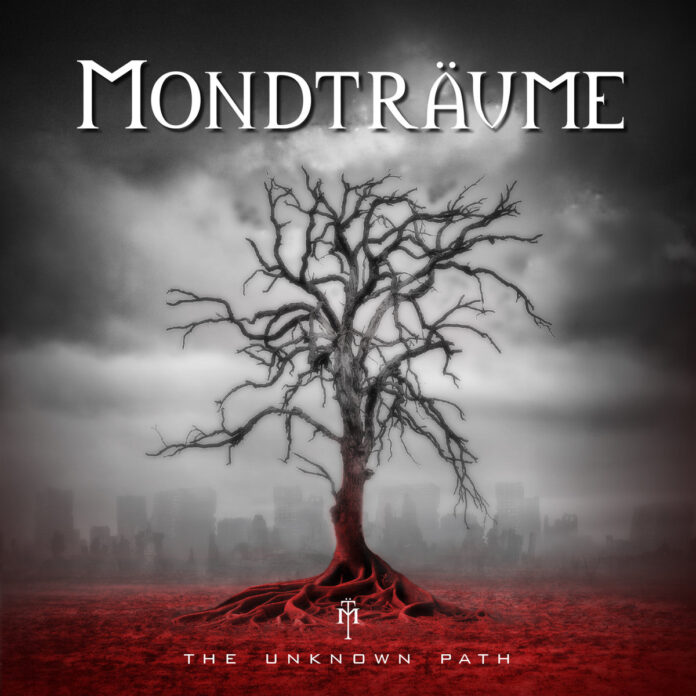 Since 2010, MONDTRÄUME have been seducing the dark souls with their somber synth pop music with an edge.
After two successful full length albums and several charting EP’s, and having shared the stage with acts in the likes of SOLAR FAKE, COVENANT, AGONOIZE, HOCICO, AESTHETIC PERFECTION, etc., Spanish founding member Pikotto (aka Jose Ignacio Castaño Marquinez) once again takes us by surprise with this new 7-track EP “The Unknown Path”.

It’s with a brand new line-up around him that Pikotto returns on the forefront of the future pop scene presenting together with his new partners in crime with no less than 4 new songs plus 3 remixes (by RUINED CONFLICT, AIBOFORCEN and ELEKTROSTAUB), announcing a more than promising new era for MONDTRÄUME…

Aptly titled “The Unknown Path”, this new EP announces a fresh new start and deals with the unfamiliar road ahead when life leaves you at the crossroads. Musically, we recognize the characteristic mixture of MONDTRÄUME’s highly melodic synth pop sound signature with upbeat sequences and groovy bass-lines that perfectly match with the unique male/female vocal combination of new band members Ivan Derbenev (ANTILAV, HIMMASH) and Madil Hardis (who also recently collaborated next to her solo-effort with ASHBURY HEIGHTS, PSY’AVIAH, etc.) who together add a poignant romantic and ethereal dimension to the songs.

From the noir intimate opener “Whole” with German lyrics to the frontal club assault of future pop club hit “Something,” through the carrying and moody “Day After Day,” and the addictive body pop “Loss”, MONDTRÄUME delivers top notch soulful melodic electronics.