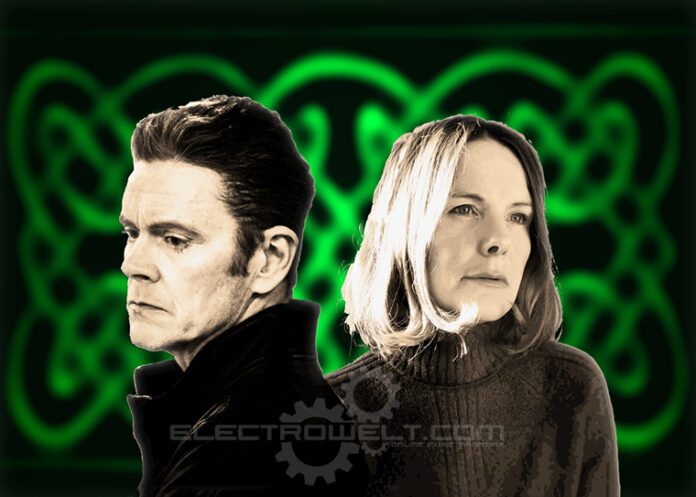 “Fans of RÃ³isÃ­n Murphy and the latest album from PJ Harvey will be ecstatic about Queenâ€™s performance here, while Connellyâ€™s penchant for sheer melodicism and alternative pop hooks should make this song one of the standout releases of 2021. Together they are simply brilliant and tremendously welcome.” ~ Big Takeover Magazine

“A feel good rating of 10… brilliant and a delightful surprise. It has us eager to hear more from this duo, willing to learn as the reveal these highly relevant personalities in Scotlandâ€™s recent history” ~ The Spill Magazine

“Cracking… ear-catching… marries the worlds of music, literature and the demon drink, something which is never far away from either world…  both fun and full of historical resonance” ~ The Swindonian

Alternative music legend Chris Connelly and the incomparable Monica Queen present their collaborative album ‘The Birthday Poems’, released on June 15 via Jnana Records. Two of the brightest musical personalities to emerge from the Scottish music scene, they have united to celebrate the 100th birthday of Orkney-born poet George Mackay Brown.

This album is a fictionalized account of the romance between celebrated Scottish poet and author George Mackay Brown and his muse Stella Cartwright, as well as Stella’s friendship with Edinburgh born poet Stanley Roger Green, spanning three decades (from the mid 1950s until Stellaâ€™s tragic and untimely death in 1985).

Named for the poems that George would write for Stella every birthday until she died, ‘The Birthday Poems’ is a song cycle based on the relationship between these highly signifiant cultural figures of 20th-century Scotland. Stellaâ€™s voice is sung by Monica Queen throughout this colossal and historically significant 18-track album.

The album is accompanied by two short films. The video for ‘Tae The Poets’, featuring swaggering vocals by Connelly, was filmed on location at Chicagoâ€™s GMan Tavern and created by photographer Derick Smith and Matt Walker.

The video for ‘My Father Took Me Everywhere’, starring Monica Queen as Stella, was created by Iain W. Mutch / Walkerandwilliam. Inspired by the 1964 short film ‘Palindrome’ by Margaret Tait, it features some of the only known footage of Stella Cartwright.

Known as the Muse of Rose Street, Stella had an unique upbringing, which contributed to her love of literature. As a young girl attending Mary Erskine School for Girls in Edinburgh, Stella would ravenously devour literature, art and music. Her father would often take her to bars, parties, the theatre and other social and cultural events, where she would meet and charm Scotland’s cultural elite.

This album represents a sometimes overlooked but very important part of Scottish culture. Stella had a deep relationship with Mackay Brown, which turned into a friendship enduring from the 50â€™s until her death in the â€™80â€™s. It was not always a joyous one – neither of the pair were particularly happy, and their love of whisky did not help.

“While she had relationships with many of the poets who would haunt the bars of Edinburgh’s Rose Street during the â€™50s and â€˜early â€™60s, her love of literature, art and culture was insatiable. She was never given credit or encouraged in her own art and expression. I hope that this album illuminates the beautiful treasure that she was, and how hugely significant she is to Scottish literature of a certain era,” says Chris Connelly.

“As a child and younger man in Edinburgh, I walked the same streets, drank in the same bars and walked the same hills. I was also lucky enough to be close friends with Stanley Roger Greenâ€™s children, who, highly creative in their own ways, greatly informed and inspired my life”.

This album was produced by 30-year Connelly collaborator Chris Bruce, a long-time musical partner and band member of Meshell Ndegeocello, who has also worked with Seal, Aaron Neville, Bob Dylan, The Waterboys, My Brightest Diamond, Cheryl Crow and Sam Phillips, amongst others. This album also features strings by Dave Eggar and sax by Levon Henry, as well as contributions by Blake Collins and Phil Faconti.

While Monica Queen fronted 90s band Thrum and released 2 introspective albums with partner John Smillie as Tenement & Temple, she has gained a reputation as Glasgow’s guest vocalist of choice. Her formidable voice is widely familiar thanks to her vocal turn on Belle & Sebastian‘s much-loved ‘Lazy Line Painter Jane’.

Spanning almost forty years, Chris Connelly‘s creations range from the triumphant to the tragic, from the humble to the hilarious – each time promptly moving on to seek his next inspiration. Since early days with FiniTribe in his native Edinburgh, Connelly has over twenty solo releases. He frequently collaborates with other musicians, building on notable projects with Ministry, The Revolting Cocks and Pigface and contributing to newer ones such as Cocksure and The Joy Thieves. As an explorer of art as a broader endeavour has also issued four books, encompassing the realms of poetry, autobiography, and fictional narrative.

As of June 15, ‘The Birthday Poems’ is available everywhere digitally, including Apple Music and Spotify. It can also be ordered, on CD and download, directly from the artist via Bandcamp.

Soon Connelly will perform a series of limited-seating shows in Chicago, performing songs from â€˜The Birthday Poemsâ€™, as well as stories associated with Connellyâ€™s discovery and investigation of the relationship which inspired the album. An online event is also in the works. Links to all events can be found at www.thebirthdaypoems.com.