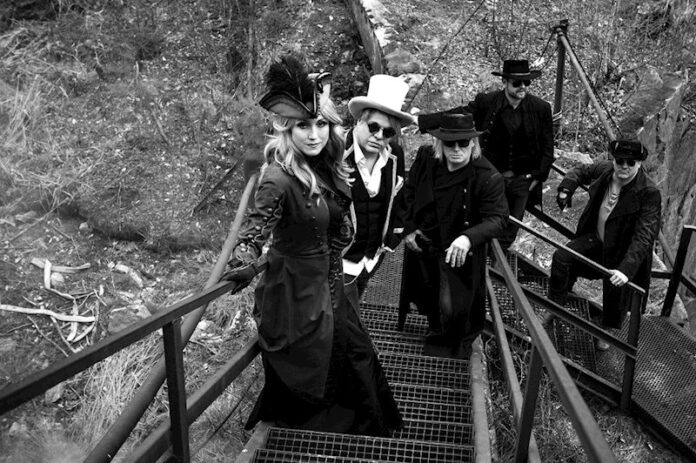 Prague’s gothic rock band Cathedral In Flames have just unveiled their new single, “Not Another Vampire Song.” The single follows the release of their Nick Cave And The Bad Seeds cover of “The Weeping Song” which was well-received worldwide.

“Not Another Vampire Song” is the fastest and hardest in the band’s history. Legendary producer John Fryer (Fields of The Nephilim, Peter Murphy, Nine Inch Nails) produced the new recordings and helped the Czech gothic cowboys to the new sound.

The lyrics poke fun at typical gothic rock themes as well as stories of closed rock clubs and churches,.

“The song is based on a memory of the nineties, when we used to travel (not only to play) around Bohemia, and after a night of drinking we would go the next morning to the only place that was open (on Saturday or Sunday) at that time, so to church.

It’s also about booze, or rather about alcoholics and how after a few drinks quiet introverted introverts turn into raging sovereign steamrollers. And how they turn into pale, hungover vampires the next day, afraid of daylight and looking in the mirror.” – Phil Lee Fall

“Not Another Vampire Song” is available on all major streaming platforms including Bandcamp NOW!