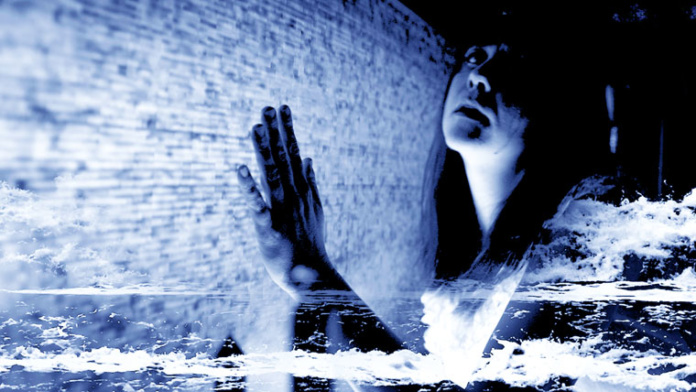 “…sweaty, noisy, menacing, and chaotic, featuring crushing walls of unspecified grit and lilting vocals that beckon the ear like a siren song.” Bored In Pittsburgh.

After touring with Hanin Elias of Atari Teenage Riot and supporting Jessie Evans, Trans X, Them Are Us Too, & The Missing Persons, “Serotonin,” is the first single off her sophomore LP Division.  In “Serotonin” Vickie croons and wails over noisy beats, cryptic synth lines, & droning guitars, toying with her demons and ultimately, willfully releasing them. Co-produced by E, this track could very well be a call or end to some kind of psychic war.

Our lover collects and nurtures unsalvageable beings—a gesture that mirrors the motherly act of sacrificing self for others at all cost. Images of nature, death, and the occult collide with images of the domestic space signaling the chaotic and interrelated relationship between sex, belief, and disorder. 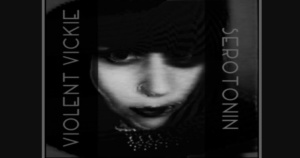 Violent Vickie is a Los Angeles based Darkwave/Electropunk act consisting of Vickie and co-producer/guitarist E. “Serotonin” was influenced by the sounds of Crystal Castles, Skinny Puppy, Godlesh, Sunno ))), NIN, Yoko Ono and  PJ Harvey.  She’s been featured in The Deli, Curve, and Mask Magazines, Resident Advisor,  LA & SF Weekly and the Seattle Stranger, has toured the US & Europe and played Insted Fest, Solidarity Fest, Shoutback Fest & Gay Prides and Ladyfests.  Vickie’s tracks have been  released by Emerald & Doreen Recordings (Berlin), Riot Grrrl Berlin, & LoveCraft Bar (PDX).  Her track “The Wolf“ was featured in a National Organization for Women film and she was interviewed for the documentary “GRRRL”, part of the museum exhibit “Alien She”   Her LP “Monster Alley” was voted best album by KALX and her tracks have been remixed by 20+ artists.