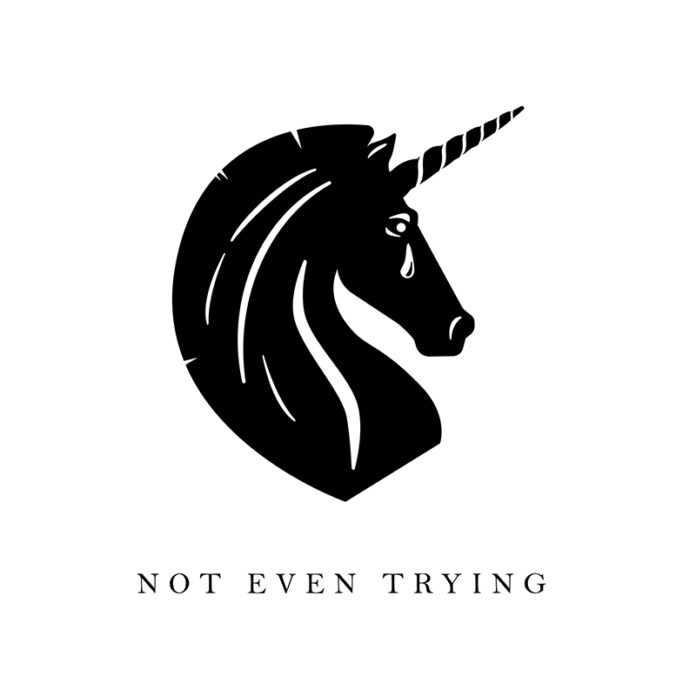 Pink Turns Blue – Not Even Trying / from the ‘Tainted’ LP

Iconic post-punk / darkwave outfit Pink Turns Blue presents ‘Not Even Trying’, the final single to be released before their new ‘Tainted’ album is released via Orden Records.

This long-player is the result of time well spent during a lockdown year – writing, recording, mixing and mastering the new album in their Berlin recording studio. On ‘Tainted’, the band added an electronic element to their classical vocals, guitar, bass and drums. The album title itself relates to the state of our world: climate change, its effects, the reaction to it, the split within society, isolation, health risks and financial uncertainty.

“When I travel the world, I encounter two types of people. Many are sad and void of hope that mankind is able to change. Others just don’t care or are sarcastic about just everything. I guess this makes me angry. I see all those toddlers with their lives before them, playing and laughing and inheriting a world in disarray just because of the greediness and irresponsibility of their parents. A call to try so much harder! Instead of using excuses for missing or inadequate action, mankind really has to get its shit together – now,” says Mic Jogwer.

“Obviously, young people seem to realize the cost of our shortcomings much better: all the carelessness about using resources, polluting the environment, the threatening effects of global warming, a poisoned environment and extinct species. They are at the beginning of their lives and the world is in crisis already. But most of us are using excuses or alibi “actions” to cover up our indifference or complacency. We pursue our own advantage at the expense of others even if the calculation does not add up in the end: if we don’t incorporate sustainability in our actions all will lose.”

So far in 2021, the band has released three singles from the album, including ‘You Still Mean Too Much To Me’, ‘There Must Be So Much More’ and ‘So Why Not Save The World’.

Today Pink Turns Blue is a trio comprised of Mic Jogwer (vocals, guitar), Reubi Walter (bass, keyboards) and Paul Richter (drums). In the first generation of gothic rock, Pink Turns Blue formed in 1985, originally as a duo consisting of Jogwer and Thomas Elbern, plus a drum machine. Naming themselves after a Hüsker Dü song, their sound was initially inspired by The Chameleons, Clan of Xymox, and The Cure.

Their debut album ‘If Two Worlds Kiss’ brought dark undertones into their new wave sound, essentially advancing the darkwave sub-genre while becoming a seminal album in the post-punk genre. Emerging from the fear and uncertainty of a divided Cold War Germany, the band went on to release 11 full-length LPs, the latest being ‘The AERDT – Untold Stories’ in 2016.

As of September 3, ‘Not Even Trying’ will be available across digital platforms, including Apple Music and Spotify. The ‘Tainted’ LP is out on September 24, available digitally and in two physical formats – a CD with a 16-page booklet and on black vinyl, strictly limted to 500 copies, with an 8-page booklet. Both can be pre-ordered exclusively via the band’s website. 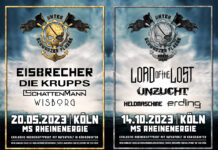