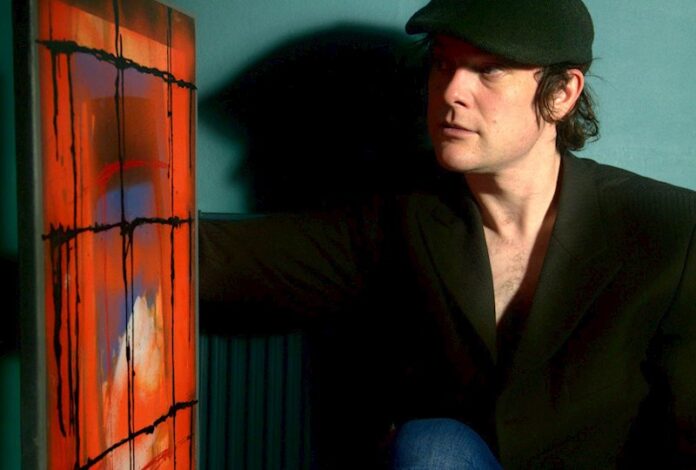 British avant-pop artist  Nick Hudson presents his new single ‘Lights Svoboda’ (translates as ‘Lights Freedom’), recorded together with Kianna Blue, his bandmate in The Academy of Sun. Out in time for Bandcamp Friday, all proceeds will go towards charities directly involved in humanitarian aid efforts in Ukraine.

While the framework of this song originated six years ago during epic recording sessions for The Academy Of Sun’s 2020 opus album ‘The Quiet Earth’, it didn’t end up being included on that album. Now, global reality has tragically and uncannily come to resonate with the song’s poetically fractured scenes of dictatorship, nuclear threat and razed landscapes.

Returning from a month in the formerly Soviet republic of Georgia and watching in horror as Russia launched its attack on Ukraine, Nick felt desperate to apply his skill set to a tangible purpose within the crisis and here we have it – a desolate hymn woven with the plaintive vocals of Kianna Blue and the haunting schisms of the Faemi M1 analogue synth.

“The opening features a recording I made in Georgia, into my Soviet cassette recorder, of my 20-year-old Russian exile friend who fled to Georgia to avoid facing criminal charges for protesting Navalny’s imprisonment. I had him say “freedom, hope and truth” in Russian. He’s headed to join the Ukrainian army this week,” says Nick Hudson.

“It features myself on piano, voice, Soviet analogue synth, melodica and field recordings, and Kianna Blue on backing vocals and bass. Originally written for The Quiet Earth but now uncannily and undesirably relevant.’

A Bandcamp exclusive, 100% of the proceeds will be donated in support of two charities carrying out humanitarian work on the ground in Ukraine – Red Cross Ukraine and Razom For Ukraine – each of them covering slightly different areas of aid. Further, Revolut Bank will match contributions to Red Cross Ukraine over the next week. Download the single via Bandcamp and learn how you can support Ukraine and its people at this critical moment in world history.