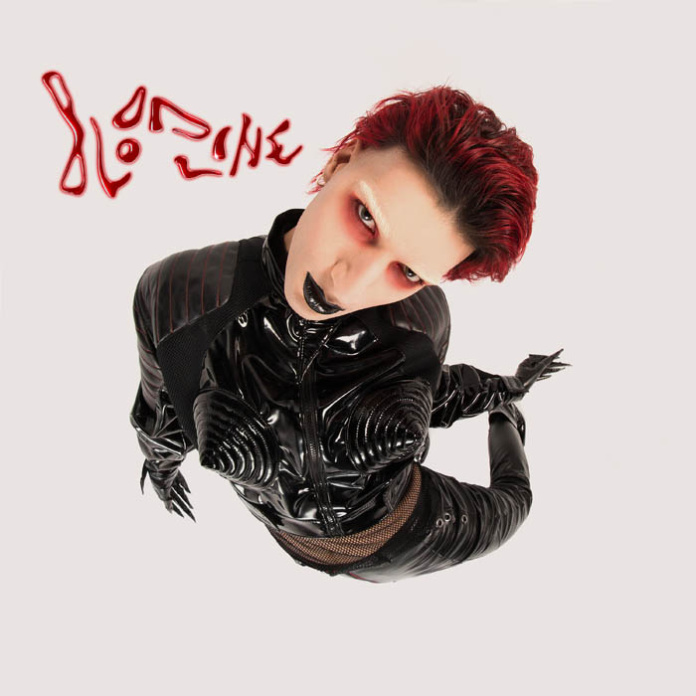 BLOODLINE is the second studio album by the Istanbul based industrial goth band ELZ AND THE CULT.

The album consists of 12 tracks mixing industrial music with dark wave and pop elements and is produced and mixed by Taner Yucel and mastered by Gorkem Karabudak.

The album will be released through all digital platforms, on CD by Cold Transmission Music, Germany and on vinyl by Young and Cold Records.

A special limited-edition cassette will follow by DOMUZ Records.

Istanbul’s ELZ AND THE CULT first gained critical and commercial success mixing industrial music with pop and goth undertones on the 2016 single I Did This to Myself.

ELZ formed their touring band ‘THE CULT’ consisting of Eylul Deniz on synthesizer and Efe Akincioglu on the bass guitar and brought their haunting, theatrical visual shows to fans across Turkey.

The trio had a successful local tour and a chance to perform together with acts like The Soft Moon & Drab Majesty.

In December 2018, ELZ AND THE CULT released two different versions of their second studio album PSYCHODRAMA digitally and on CD & Cassette. The album even had its own special zine dedicated to it on the underground art scene in Turkey.

BLOODLINE talks through the narrative of ELZ’s alter-ego ‘Villain Child/Clown’ a non-binary lost child repressed in the middle east, a product of the later-21st century mentality and looking for a way to ‘heal’ through this record.

It simply embodies the message: ‘I’m disgusting, I’m everything you hate about this world and everything that you love & desire. but I’m from your blood, we are from the same flesh, we are a BLOODLINE’.

It is also a study on duality and the pressures of this world that impact on us as individuals. It talks about sensitive topics such as what it is to feel ‘stuck’, asexuality, mental health issues, individuality and personification in the digital era; and what it is to be a ‘villain’.

The lyrics are prompting the listener to be reflective and understand that this character, who has always felt ‘alien’ and who does not ‘fit in’, is from your blood, from your soul and is also, perhaps, a consequence of your actions.

To anyone who has felt like an outsider – this sentiment runs deep.

LISTEN TO ‘BLOODLINE’ ON SPOTIFY

4. I Just Wanted to be Loved