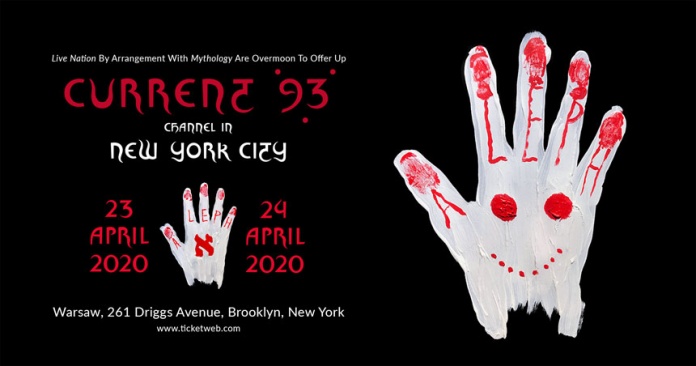 The one and only “Hallucinatory Patripassianist rock group” Current 93 have unveiled two new concert dates in Brooklyn, New York City at Brooklyn’s Warsaw on April 23 and 24, 2020.

This will be the group’s first appearance in North America since 2005 , and their first show in NYC since their performance at Tonic back in 1999.

In an official statement, the group stated:

“C’93 Are OverMoon And BackAgain to announce that C’93 will Channel twice in Brooklyn, New York City, at the Wonderful Warsaw, on Thursday 23 and Friday 24 April 2020. C’93 shall not and will not and won’t be Channelling in any other US cities this year. Full details follow, As Sure As Moon Follows Sun. More Details Later, As Horsies On A Hill.”

As one of the veteran experimental artists born out of the UK industrial movement back in the 1980s, the band’s music has ventured into numerous territories. They have utilized numerous styles associated with industrial noise music and blended those sounds with eerie folk blends featuring hymns and various chants that help create a visceral soundscape.

“The things that have moved me in music since being a kid have been simplicity and space. I never really got on with things that were complex or had fiddly instrumental passages,” the band’s frontman David Tibet explained in an interview with The Wire magazine in the UK.”Early Current 93 stuff was very loop based. What we do now isn’t. In the early stuff, what influenced me was the purity and simplicity of sound, and music also had to have a meaning. So groups like Uriah Heep or Vanilla Fudge or Iron Butterfly -who are one of my favourite groups ever – are in a different area.:

He then went on to continue:

“They are fantastic but their music don’t move me emotionally. But things like this move me because they mean what they say – there is a belief structure, so it’s not style, it’s not image. In Gregorian chant, space is a lot more evident, whereas this is continual – there’s not much true space but with the decline and ascent of the sound it’s just full of space.” 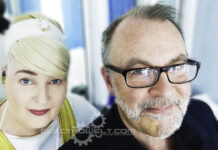 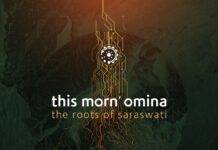 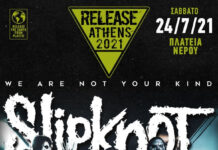 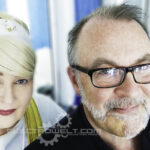 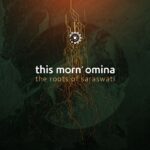