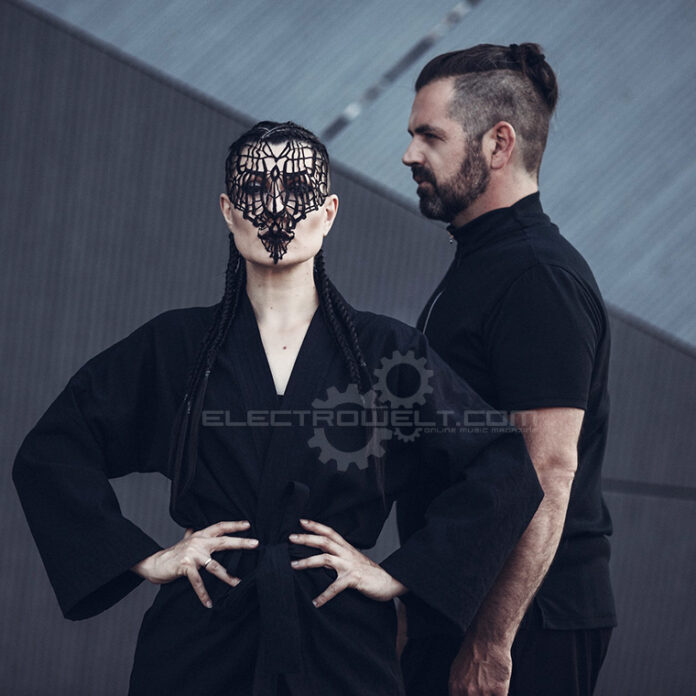 Hungarian avant-garde synth pop duo BLACK NAIL CABARET will reissue their originally self-released and therefore overlooked 2018 masterpiece “Pseudopop” on Digipak CD and at a later date also on vinyl due to production shortages.

“Pseudopop” will include the bonus track “The Worm” and the Digipak CD will be released on April 29, 2022. 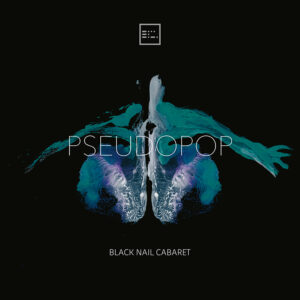 BLACK NAIL CABARET have set a musical exclamation mark with their current album “Gods Verging on Sanity” (2020). Despite their planned touring fell victim to the general circumstances, the duo has emerged even stronger from the last two years mainly through rapidly spreading word of mouth.

Their continued growth provides an excellent opportunity to let an early jewel from the band’s back catalogue history shine in new splendour: When singer Emèse Árvai-Illes and Krisztián Árvai on keyboards self-released the album “Pseudopop” on their own Dichronaut Records label in 2018, the duo had already successfully fused art, pop, dark harmonies and exciting electronics. Hungarian journalist Mariusz Bari (Planet Damage) awarded the highest score (10)/10 and wrote: “BLACK NAIL CABARET has always been on a journey to perfect itself and this latest album is the perfect proof that they have not lost neither touch, nor control.”

In the duo’s own words, it sounds like this: “‘Pseudopop’ is a summary of all the music that had a huge impact on our lives”, wrote BLACK NAIL CABARET. “Regardless of style, we just emptied our minds, dropped genres, and let loose. It is a nice hybrid born out of the chaos within both of us and we like to think that our music is avant-garde contemporary pop with dark alternative roots.”

On its initial release, “Pseudopop” came with nearly all the ingredients needed for greatness. The only item missing was a label with international outreach. Now the album will finally received the well deserved worldwide attention though a careful re-mastered reissue including a bonus track released by Dependent. Let the spotlight shine on BLACK NAIL CABARET and “Pseudopop”.

Available formats
“Pseudopop” will be available as a Digibpak CD including the bonus track ‘The Worm’ and the album will also be made available on black and on coloured vinyl at a later date due to production shortages.