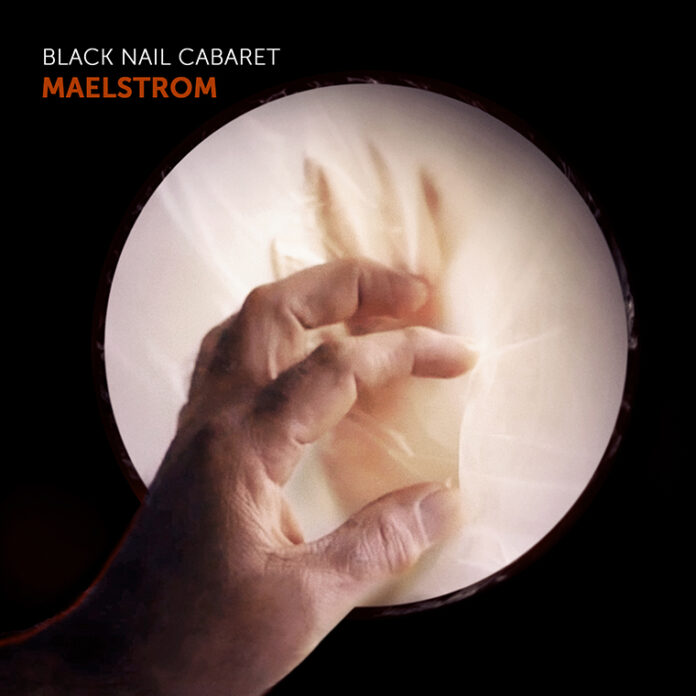 BLACK NAIL CABARET comment: “The original idea for this clip was born in 2019 and it’s an ironic coincidence that we have managed to shoot this in the middle of the pandemic”, writes the Hungarian duo. “As on our previous videos for ‘No Gold’ and ‘Unrequited Love’, we once again collaborated with fabulous director Richard Besenczi. Our common aim was to create an allegory reflecting on human relationships: the meeting of extremes, feminine and masculine, peace and activity. The clip was shot at the Bauxite Geological Park in Gánt as well as in the ghost town of Szentkirályszabadja. The latter is also called the ‘Hungarian Chernobyl’ and although it is not much visible in this video, it was still a good excuse for us to visit and spend some time at this fascinating location after the video recording.”

1. Maelstrom (Single Edit)
“A tweaked version with new drums and additional synths that might be known from live shows.”

3. Maelstrom (Man+Machine Remix)
“A technoid remix was created by DJ and producer Man+Machine, revving up the BPM but also trying to keep the character of the song by leaving most of the vocals and creating a post-punk feel with the use of guitars.”

4. You Lessen: I Die
“This song that was written in 2019 but did not get recorded until December 2020. A perfect match and in a way an outro for the ‘Maelstrom’, the lyrics echoing and continuing from where the single left off.” 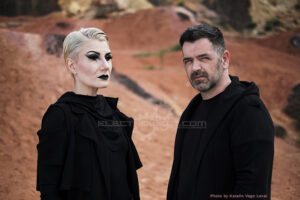 Their current album “Gods Verging on Sanity” is permeated by sexual references, which just love to take dark twist while also seeking to connect with philosophical existentialism. Therefore it comes as no surprise that the fearless peering into the sinister abyss of the human mind constitutes one of the main aspects of this album.

Formed already in 2008, today BLACK NAIL CABARET solely consist of singer Emese Arvai-Illes and keyboard player Krisztian Arvai. The duo is renowned for their dramatic and flamboyant stage performances, which at times involve theatrical elements such as actors, dancers, and handcrafted costumes.

Vocalist Emese Arvai-Illes started out as a performer in the ensemble of a fetish horror theatre in Hungary’s capital Budapest, but soon joined programmer, producer, and partner in life Kristzian Arvai as her perfect musical counterpart. BLACK NAIL CABARET fuse darkness with light, beauty with violence, and disturbing art with lush harmonies. Modern electronic sequences meet a distinct 80s influence from boundary-pushing female acts such as GRACE JONES and EURYTHMICS. Electronic tradition slkillfully blended with a contemporary vision mark “Gods Verging on Sanity” as one of the most exciting new entries into this young musical decade.