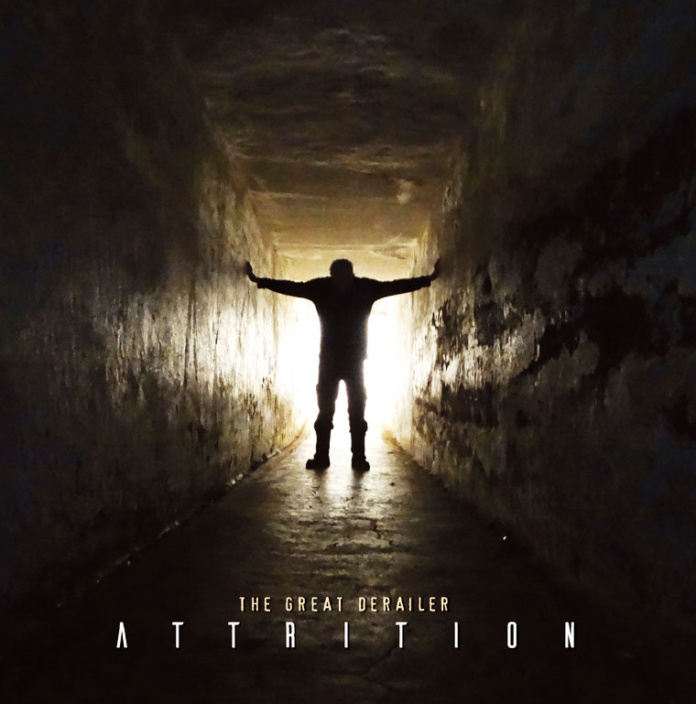 ATTRITION
The Great Derailer c/w The Pillar I (For Ossington)
Released on Brexit day! The first single from the upcoming ATTRITION album- “The Black Maria”, due later in 2020

“The offset of Elisa Day’s operatic grandeur, Emese’s bluesy and soulful melody, and Bowes’ subdued yet throaty and guttural growl… such a layering of disparate vocal styles into such a disturbingly appealing package is unparalleled and adds to Attrition’s singularity and longevity.
Add to that a wispy helping of pulsing technoid bass and rhythms, Vancorvid’s shrill violins to provide a rather ghostly and almost Victorian ambience, the discordant guitar and Anni Hogan’s lonely pianos give the instrumentation an urgency befitting any dance floor while still nuanced in its production to demand deeper listening. There’s a reason Attrition has lasted this long and continues to standout among the myriad of goth/industrial…”
Ilker / Regen magazine

Available as a digital download, Streaming through all the major platforms, or as a Limited CD single and as part of a CD/T-Shirt, Pin/Badge and Incense package.

ATTRITION are currently setting up shows in support of The Great Derailer, and the album to follow in the spring, The Black Maria
So far confirmed….