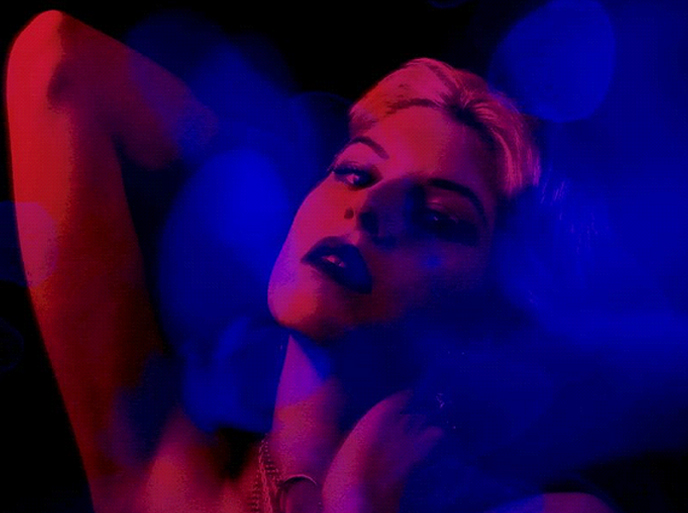 Julia Gaeta: Weight of You

Paris-based American artist Julia Gaeta presents her debut single ‘Weight of You’, an adrenaline-packed song inspired by the juxtaposition of dark reverie and grit that is Paris, tastefully combining sweeping hooks and industrial textures with ethereal sensuality and sultry grit.

A visual thinker, the coupling of music and visual aesthetics that Paris offered a rich palette of urban grime, dreamy neon and film noir cityscapes.  For this single, Gaeta worked with renowned French synthwave artist James “Perturbator” Kent, who mixed, mastered and produced it. The accompanying video was directed and produced by award-winning filmmaker David Fitt, well known for haunting and vibrant images that blend storytelling and electric vibes.

Drawing from her love of pop, driving beats and thick atmosphere and with ample experience making heavy music, she has forged her own sound, having been a songwriter and performer with acts such as Dreamwheel, Albez Duz, Restless Ghosts, Light of the Morning Star and DIY guitar project Madrigal.

Her solo music came together serendipitously in an otherwise cursed 2020. After feeling stagnation creep up on her in Berlin, a city she called home for seven years after relocating from her native California, Gaeta began experiencing pain of all forms. Chronic and debilitating neck pain, paralyzing anxiety, and a veil of sadness that she could not lift. She moved to Paris for a change of scenery, but the city was promptly thrust into strict lockdown.

Confined to her sublet apartment, this music was inspired by late nights gazing out into the sprawling metropolis. The ghosts of Wilde, Chopin and Morrison may have lent their energies from Pere Lachaise cemetery in the backyard. Or maybe it was the strange neon-and-leather decor left behind by the owner of her temporary abode – a lamp that cycled through infinite neon colors; stains on the bed sheets; leather curtains and fetish boots in the closets. But something new in Gaeta had awakened as stories flowed through the long, narrow hallway, materializing into songs. A dreamy, dark quality was palpable on those nights – a kind of bird’s eye vantage point of the city’s collective struggle.

“‘The song ‘Weight of You’ brings the listener into a tempting world with no clear resolution. It’s really about the alluring addiction to painful love, whether with a person or a thing. If that something you love is broken, all you want to try to do is fix it. But it never works. This first single happens to be a little more in the chill, trip-hop vein without the more structured guitars, but make no mistake – this project isn’t limited to that sound. I think what unites everything is a marriage of heavier atmosphere with vocal hooks. I enjoy traditional pop structure songwriting with non-traditional sounds, industrial textures and a mix of both the gritty and ethereal,” says Julia Gaeta.

“The video was shot in the Pigalle neighborhood of Paris, famous for its sex clubs and cocktail bars. Director David Fitt and I share a love for David Lynch and his hazy, dreamlike worlds of cabaret and sensual darkness. So the video is an homage to Lynch and Paris’s mix of grit and beauty, which always blows my mind and has helped me articulate, musically, the themes and songs from my upcoming EP.”

With an education in 90s rock, heavy metal, post-punk and goth rock, she also appreciates music with empowering female leads, ranging from grunge and ethereal to contemporary experimental, Avant-pop and even classical music (her parents both play in symphony orchestras). Gaeta’s music is ultimately a melting pot of all these influences.

‘Weight of You’ is the first taste of her debut EP – an exploration of pain in various forms – which she plans to release later this year. As of March 9, the single is available everywhere, including Apple Music and Spotify, as well as directly from the artist via Bandcamp.

Michael Haggerty – Into The Glow